Register here for more information
Send it to me now 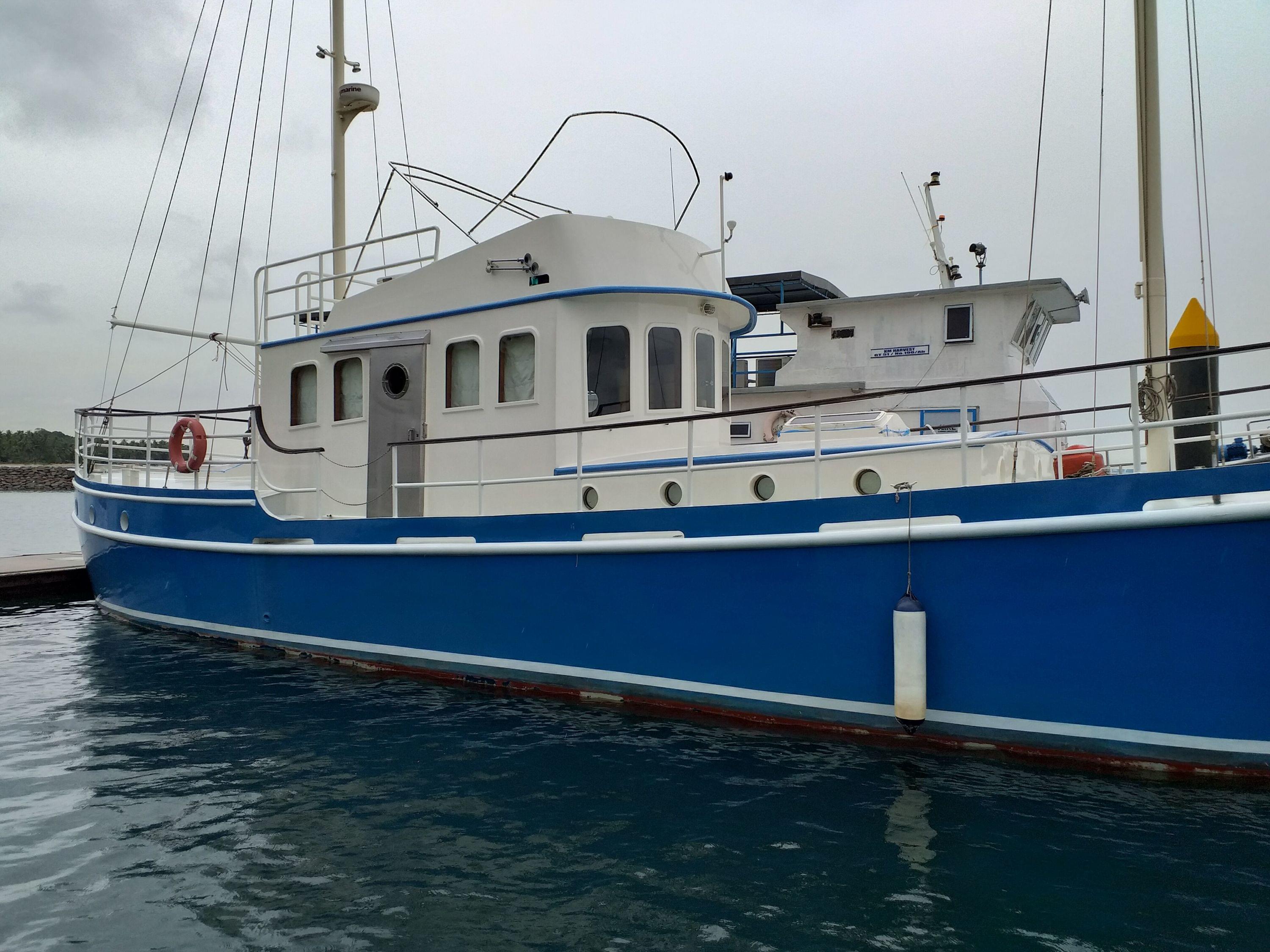 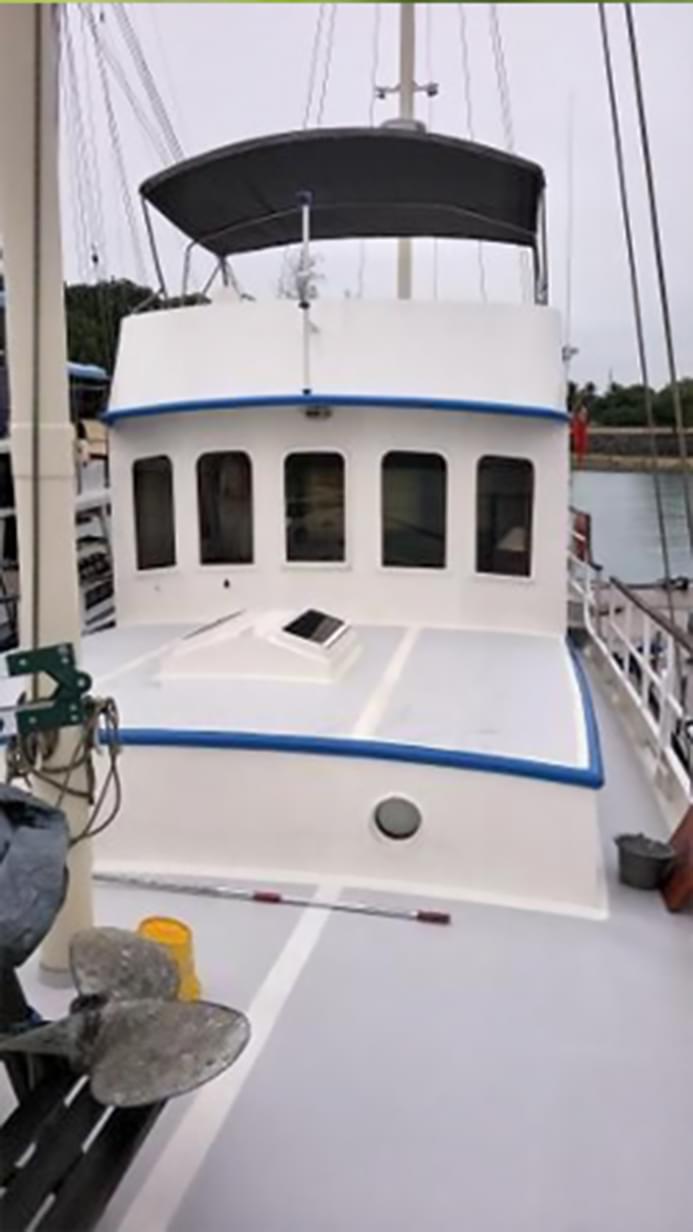 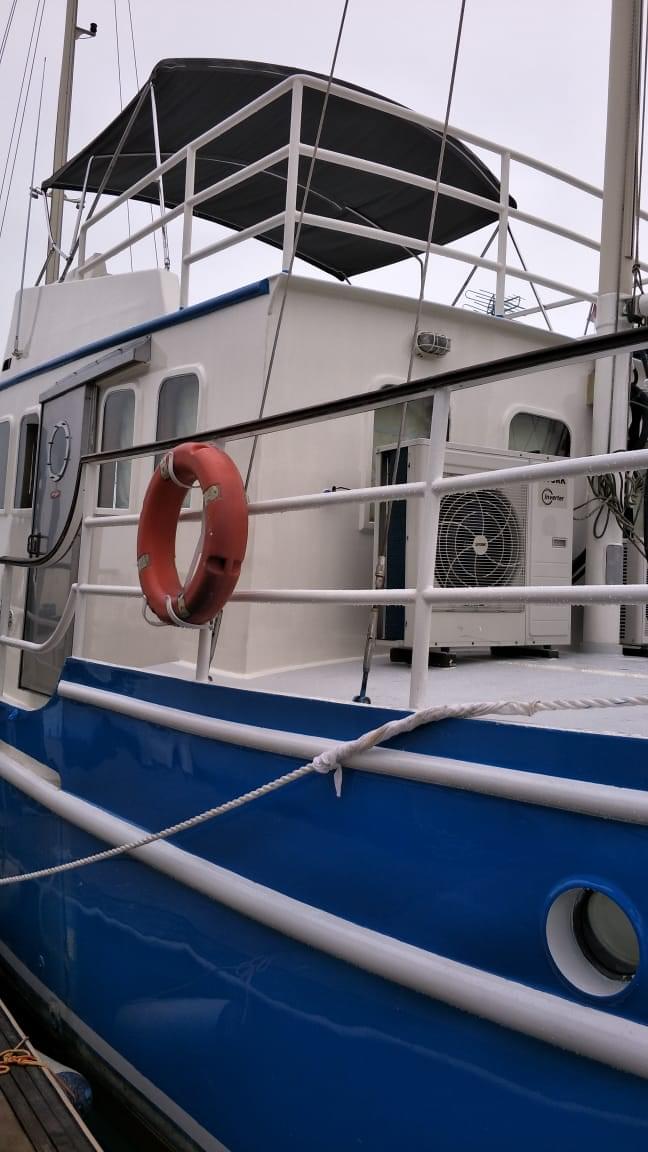 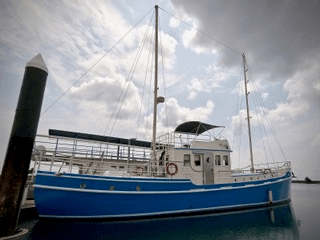 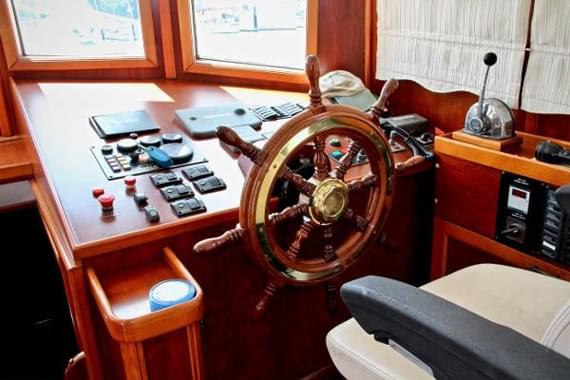 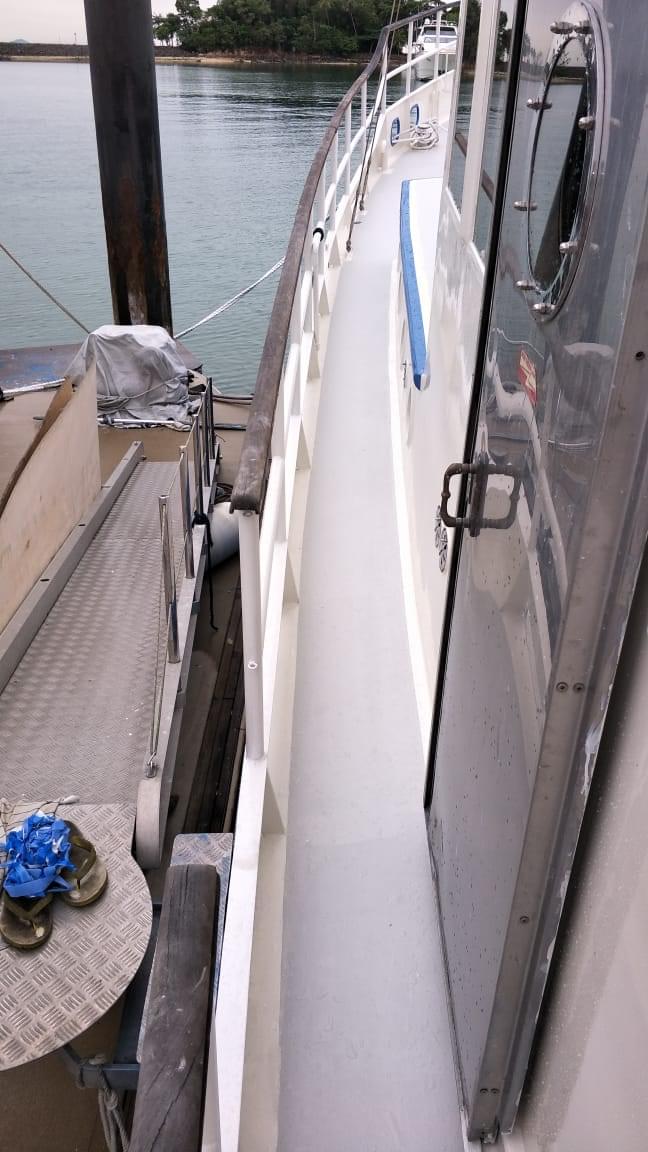 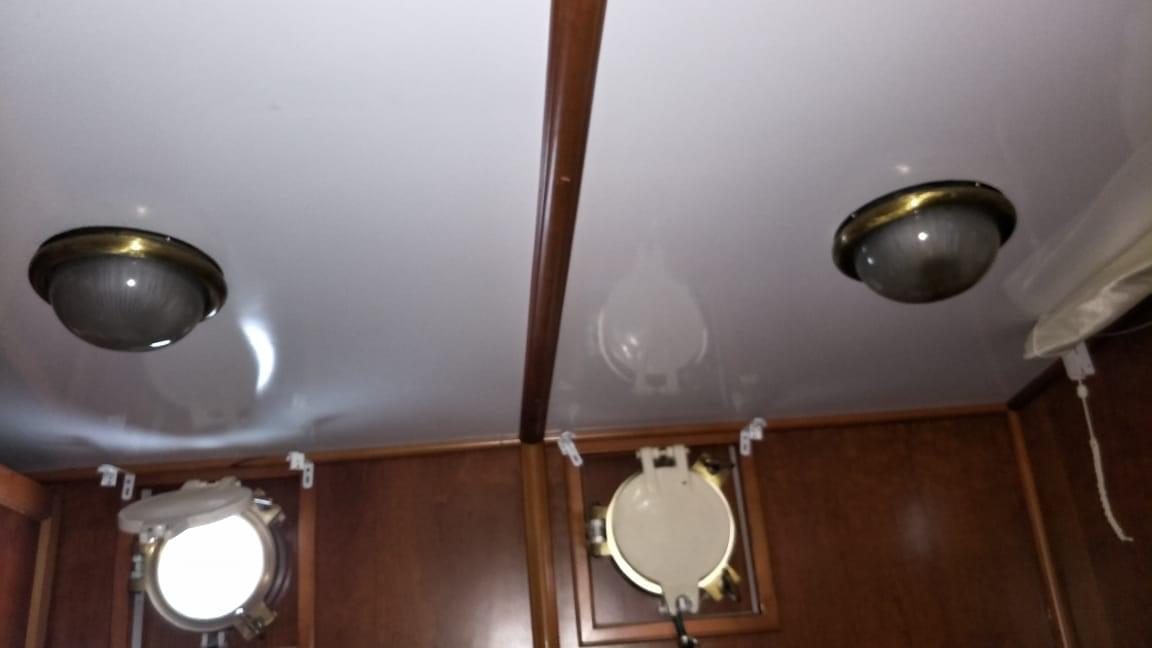 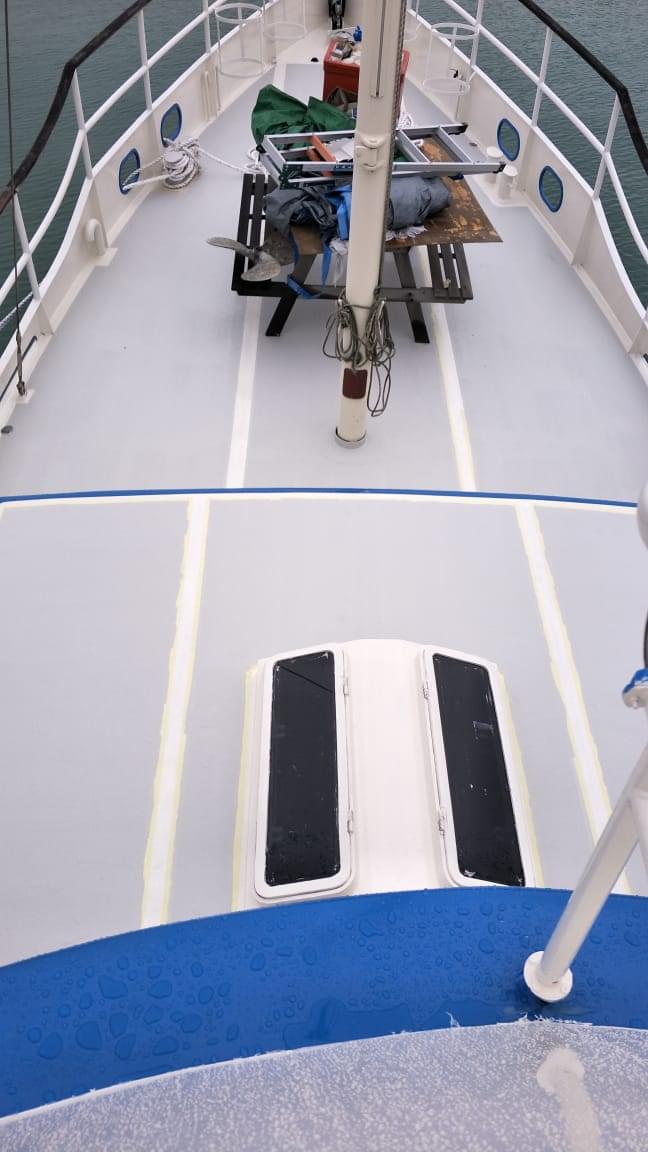 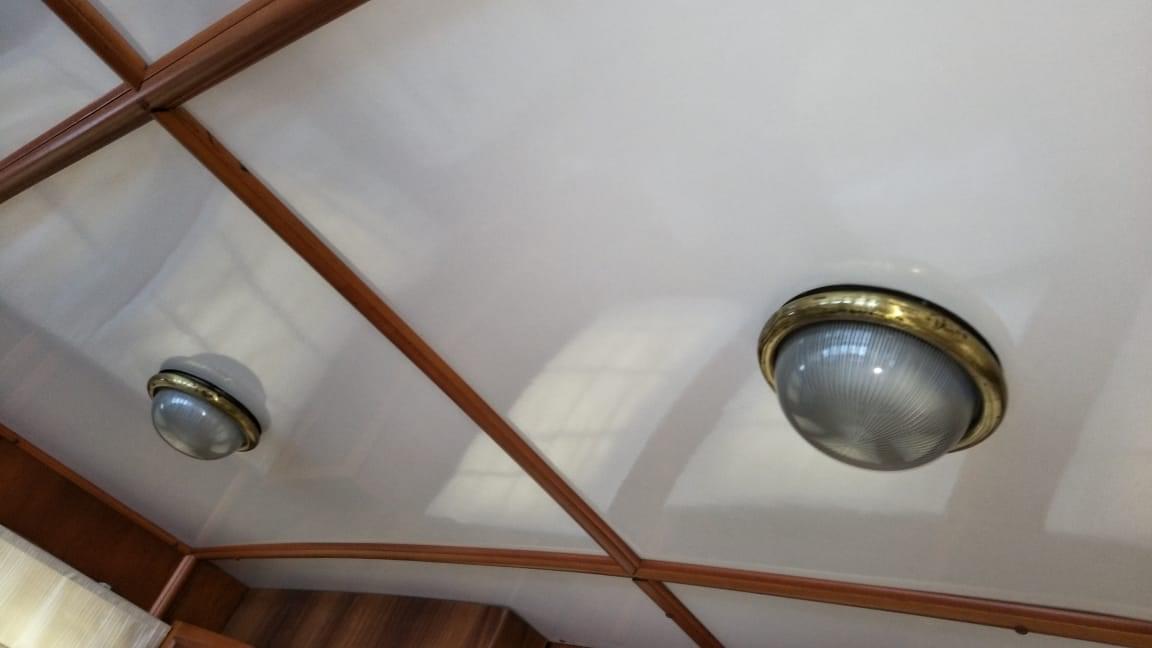 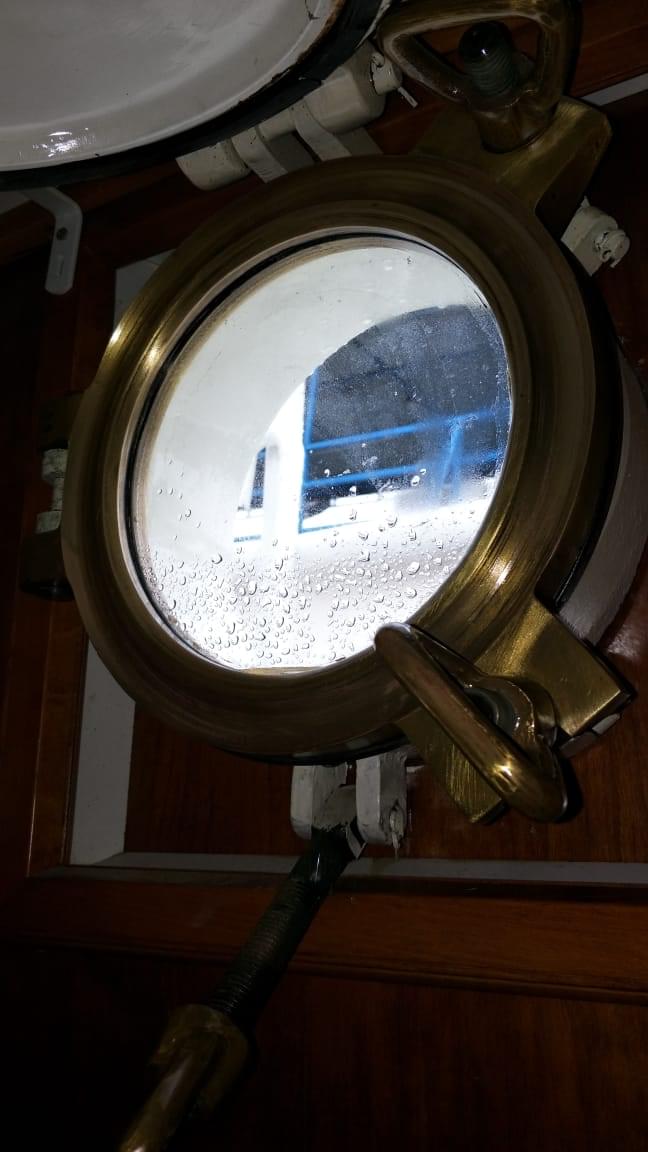 Engines
The auxiliary engine is an Iveco NF 150 marine diesel of 150 horsepower, with a conventional gear box and drive system. The yacht has an electrically driven bow thruster for easier manoeuvring
Accommodation
Accommodation below deck comprises a cabin forward with two bunks, together with plenty of storage facilities and a common bathroom to port, just aft of this cabin. Aft of the machinery space, with access from the wheelhouse, is the owner's suite, which extends across the full width of the hull and has its own en suite.
Engines
Here's an extract from the survey report dated May 2016:
"Mechanical - The auxiliary engine is an Iveco NF 150 which is rated at 150 horsepower continuous. It is said to have about only 200 hours of running time and gives a speed of 10 knots. The engine appeared, externally, in good condition, with no evidence of any fuel, water or oil leakage. The gearbox is of ZF type and the drive unit a conventional shaft and propeller system." The boat has hardly been used since this time as the owner is living abroad.
Machinery
This craft has a large engine room, cum workshop, located beneath the deckhouse and between the main saloon and the owner's suite. It stretches across the full width of the craft and as it is a single engine, with generator and other ancillary equipment only, it is extremely spacious. Access is via a watertight door to starboard of the companionway from the deckhouse to the saloon.

Galley
There is a large saloon cum galley and entertainment area, with steps aft leading up to the wheelhouse. On the starboard side of the aft bulkhead of the saloon is a watertight door leading to the machinery space, which has ample room, allowing for easy accessibility to all equipment.
There is a wheelhouse at deck level, which incorporates the conning position to starboard, chart table and navigation area to port, while the aft port side has an 'L' shaped settee,complete with dining table. There is a second conning position on the fly bridge, but this is for manoeuvring only, as there is only helm, engine controls and bow thruster control fitted at this location.
Tankage
There are three bilge pumps, one beneath the saloon, the second in the machinery space, with a third beneath the Master suite. These are all fitted with float switches for automatic activation, but can also be activated manually from the conning position.
The craft has two fuel tanks, one each side, which are sub-divided so as to avoid excessive free surface effect. There is a capacity of approximately 8,000 litres, giving the craft an extensive range. Here is further comments from the survey report dated May 2016: "The freshwater capacity is also said to be 3,000 litres and during the attendance, it was noted that the freshwater tanks were being thoroughly cleaned. There is also a water-maker on board, which is said to be 'wired' and 'plumbed', but it is not possible to determine whether this is functional at this time."
Navigation and Communication
The navigation station is on the port side of the wheelhouse, while the conning position is to starboard. With regard to equipment at the conning position, there is a compass, a comprehensive set of machinery gauges, switches for various circuits, together with navigation and communication aids. All these aids are of Raymarine manufacture with the radar/chart plotter display being a model C70. Navigational aids include, radar, GPS complete with plotter, depth sounder, auto-pilot and AIS. With regard to communications, there is a VHF radio
Now for Sale
By Online Boat Auction
23-29th May 2019
countdown
00Hours00Minutes00Seconds
Not sure how Online Boat Auctions work?
Register your name and find out more, including videos on how it works and how to watch the live bidding!
Click here for More Info & Opening Bid
Disclaimer
BASCO offers the details of this vessel in good faith but cannot guarantee or warrant the accuracy of this information nor warrant the condition of the vessel. A buyer should instruct his agents, or his surveyors, to investigate such details as the buyer desires validated. This vessel is offered subject to prior sale, price change, or withdrawal without notice. 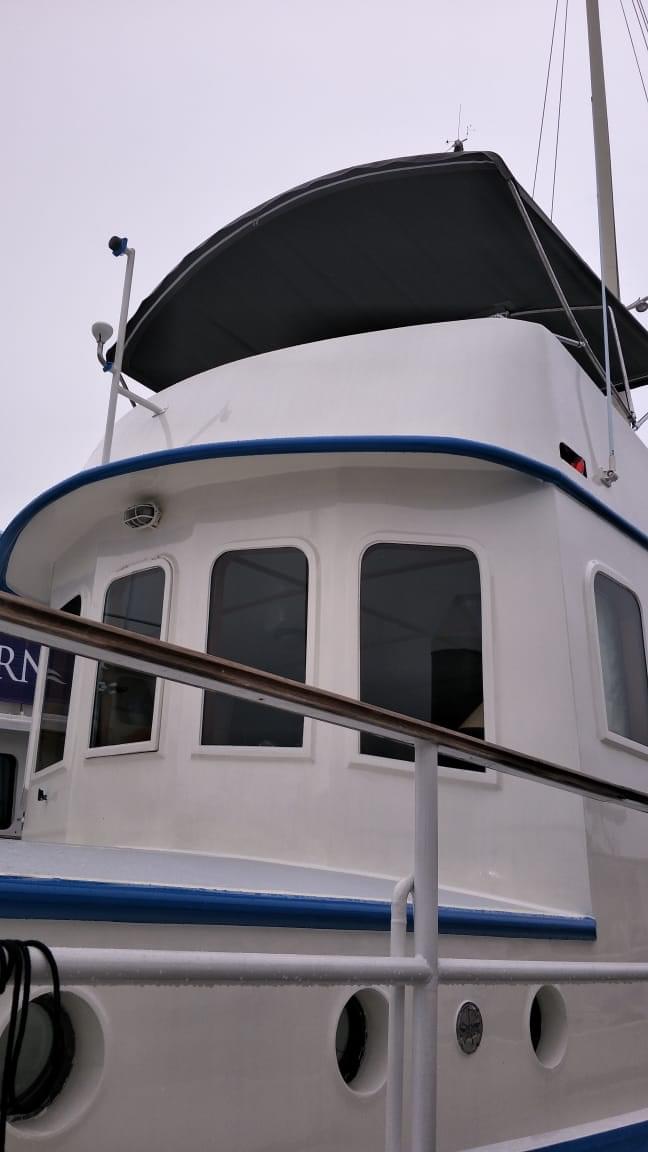 Now for Sale
Price Significantly Reduced to
USD275,000
countdown
00Hours00Minutes00Seconds
The owner says 'sell' as he is working abroad.
This is a well maintained, beautiful yacht ready for new expeditions and adventures.  Grab her now at this ridiculously affordable price!
Click here for More Info
Disclaimer
BASCO offers the details of this vessel in good faith but cannot guarantee or warrant the accuracy of this information nor warrant the condition of the vessel. A buyer should instruct his agents, or his surveyors, to investigate such details as the buyer desires validated. This vessel is offered subject to prior sale, price change, or withdrawal without notice.